skip to main | skip to sidebar

memories like mohair sweaters stressed and pilled with distressed letters 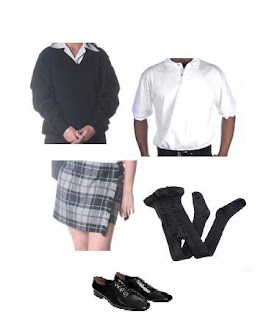 Welcome to my school. Check out that amazing polyvore-ish display of uniformed perfection.Actually I don't mind my uniform I get to wear a skirt (an unflattering polyester one but beggars can't be choosers right?)

I am a catholic school girl and a choir girl and a band geek and..... Well a bit of an outsider in terms of representing my school's values at times.

I have a lot of issues with my church the whole anti gay,abortion and really in terms of roman catholic ideals women. Right now I'm kind of lacking religion. But I'm not lacking belief.

If I could pick one thing that I think defines humans from everything else it would be belief.

Because whether you are religious or agnostic or an atheist you believe in something even if that something is a belief in nothing.

Life is nothing without passion right?

Our beliefs create passion. Last year after Obama was elected there was a huge debate in my school with our official pro life club "Silent No More" who wore black tshirts and handed out red strings in mourning for the thousands of murdered unborn babies.

I handed out special pro choice strings and debated in the hallways.

It was a pretty big deal.

It's strange going to mass and singing about God when I have such an issue with the catholic church. But I love singing the Pergolisi Suite every Good Friday and this amazing feeling that absolutely consumes my soul when i sing or listen to people who are better than me. So I take a more secular approach to my enjoyment of the pieces. (By the way Pergolisi lived a pretty crazy cool life check him out)

I know a lot of people my age who are getting into Buddhism and that's cool. I like the idea of figuring out how you fit in the universe and how you have to do that by realizing how tiny yet important we all are. I'm also a fan of their lack of a GOD WHO WILL SAVE ALL YOU TERRIBLE PEOPLE!

But in the end belief is belief and it gives us something to hold onto a reassurance of something constant.
So what do I believe in? I believe that all humankind is strong and resourceful and beautiful and good. That in the end everything will be okay as long as we take hold of that goodness and put it to work.

Summer is ending I go back on the eighth and if anything I want to bottle up how I feel right now and be able to call upon it . 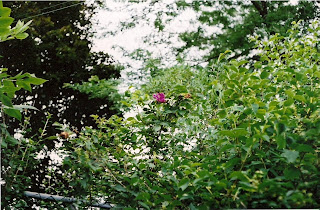 Also if you can't tell from my title I'm on an Andrew Bird kick.

Katie
Caitlin Kennific was raised in the "poorest" area of one of the wealthiest cities in north america where she was fed a steady diet of fact and fiction the lines of where one began and the other ended slightly blurred She loves run on sentances and has always wondered why author descriptions are written as if post mortem this does not stop her from doing the same.